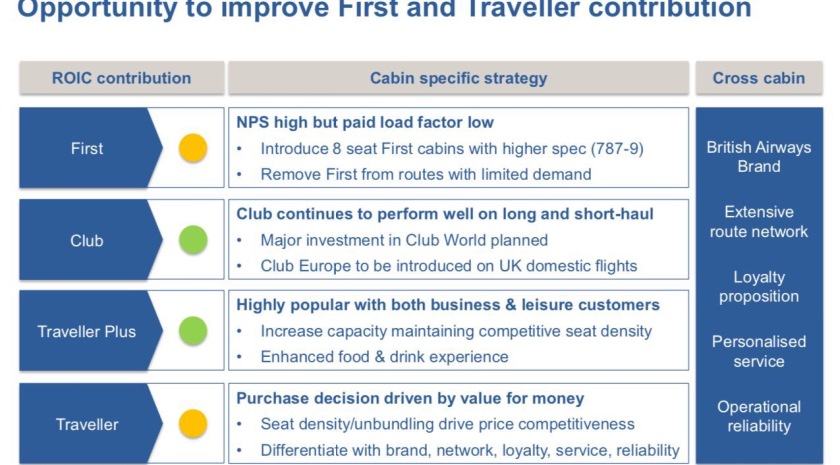 Whilst the event is very much aimed at the group’s institutional investors, there are also a number of announcements of interest to passengers.

One of which is that BA is to introduce the equivalent of its European short-haul business class product Club Europe on U.K. Domestic routes from London to Belfast, Manchester, Leeds-Bradford, Glasgow, Edinburgh and Inverness. Historically, aircraft on UK domestic routes have operated with a single class configuration.

This means passengers will benefit from seating in 2-2, rather than 3-3 configuration as well as complimentary food & drink (though this is likely to be limited given the relatively short flying times).

The exact timescale is to be revealed though it should be relatively easy to do given it doesn’t require any physical changes to aircraft.

This is no doubt a response to the decision to introduce buy-on-board catering in economy on all European and domestic short-haul flights and will ensure passengers in business and first class connecting from long-haul flights receive complimentary catering on their short-haul connections within the UK.

You can view the slide deck from the Capital Markets Day here.