Qantas Airways has just announced it is to open a new dedicated lounge for first and business class passengers flying on its daily services to Sydney and Melbourne from London Heathrow Terminal 3, which will open in 2017.

The lounge will occupy two levels of the airport terminal with capacity for 230 passengers. The new lounge is expected to be modelled on recent Qantas lounges in Hong Kong and Singapore. Construction will commence later this year.

Features of the new lounge will include:

Eligible members of Oneworld alliance frequent flyer programmes will also have access to the lounge and with Cathay Pacific also refurbishing its lounges at London Heathrow Terminal 3, Oneworld passengers will have a good choice of lounge facilities at London Heathrow.

This is also a welcome investment by Qantas in London. Qantas has previously reduced its daily services from London Heathrow from four to two daily. It also ended its partnership with British Airways in favour a partnership with Emirates with all services to Sydney and Melbourne routed via Dubai as a consequence. There have been question marks over its long term commitment to London which can be allayed by the news of this investment.

Whilst the lounge design and menus will have a strong Australian flavour, Qantas do promise a British twist. In any event, a touch of Australia will no doubt be welcome in a wet and grey day at London Heathrow! 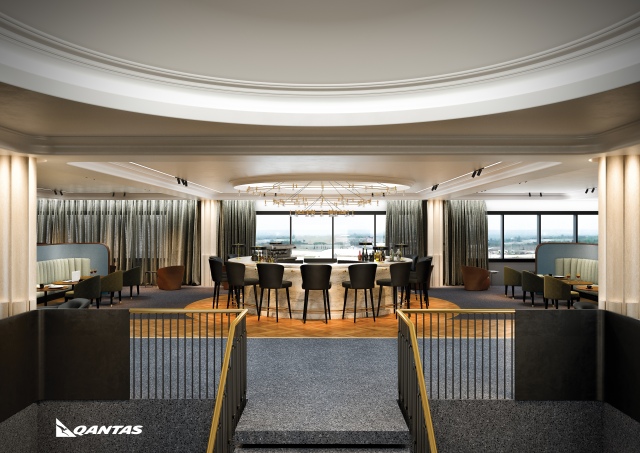