Next year, BA will celebrate the tenth anniversary of the opening of London Heathrow Terminal 5. The opening itself is a day BA would rather forget.

Ever since Terminal 5 opened a perennial complaint has been the fact that in spite of the fact that three of its lounges in the South of the terminal (Galleries Club, Galleries First and The Concorde Room) are located immediately adjacent to the South security screening area, passengers are forced to take a circuitous route down a crowded escalator and past numerous shops and restaurants and back up a set of escalators to access the lounges.

The one exception is those who have access to the Concorde Room by virtue of flying First Class or holding a Concorde Room Card can enter the lounge via a special door next to the South Security screening area, which at opening was rumoured to have cost BA many millions of pounds.

All that has now changed, for some passengers at least. If you have passed through the South end of Terminal 5 over the past few months you could not have failed to have noticed a large construction area near to the Club check-in area. This is the new BA First Wing.

It is open to passengers travelling in First Class and British Airways Executive Club Gold cardholders (and Oneworld Emerald equivalents).

The First Wing features a bank of dedicated check-in desks, a well proportioned seating area, a dedicated security channel and access to the Galleries First lounges.

It will also provide welcome relief at what can be a very crowded South security screening area, where a Fast Track facility is still available for Club World, Club Europe and Silver Executive Club cardholders.

Feedback from passengers has been extremely positive. If there was one minor criticism, it is the presence of advertising in the area.

The First Wing has been designed by Universal Design Studio in London and there’s more detail on ba.com 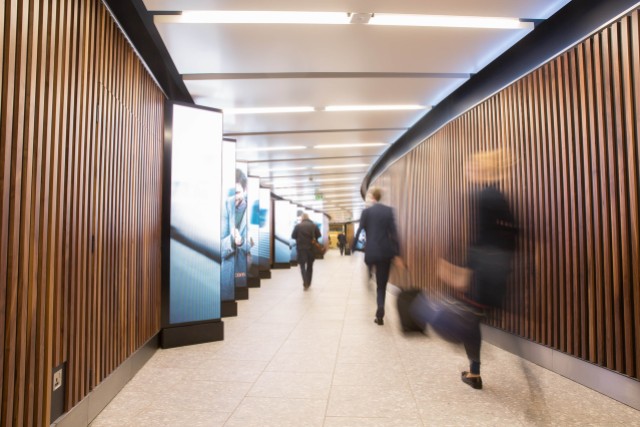